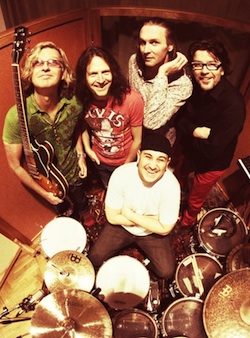 The Flower King’s mailing list was buzzing for a few days already with rumors, with guitarist, writer and producer Roine Stolt steering away from acknowledging them. But last Friday the official news was out: The Flower Kings are reuniting in 2012 after a five year hiatus. A new album can be expected in June and a European tour will start around September. Their first re-union gig will be at the Sweden Rock Festival on June the 7th.

A quote on the new album, taken from the press release on the band’s website:

The yet unnamed album has a 23 min epic centerpiece and the material is all classic Flowerkings style with all the dreamy melodic & cinematic elements that the bands fans has come to love over the years, but also contain some heavier psychedelic music and some darker hi energy material.