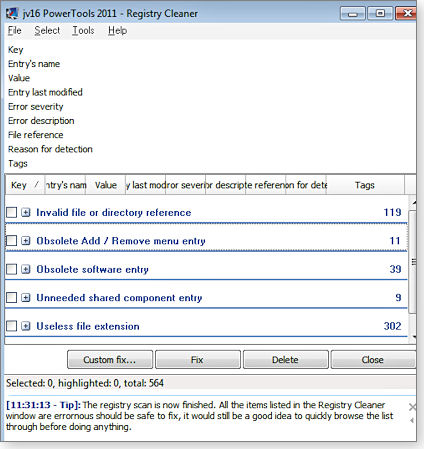 Fred Langa of Windows Secrets did some interesting research on the effect of registry cleaners on Windows 7. Older versions of Windows were notorious for making a mess of the registry and not cleaning up correctly after uninstalling software. But what about Windows 7? Has this OS improved over its predecessors?

Langa’s conclusion: using a registry cleaner in Windows 7 still has a positive effect on your systems’s performance and bootup time. Of the tools that he put to the test, jv16 PowerTools turned out to be the most effective.

Want to know how he tested this, what other registry cleaning software he used and the statistics he gathered? Then hop over to Windows Secrets to find out.